If you have been interested in video games under a long time you would have noticed a significant shift in which games are the most popular online games. It was not always as popular with MOBA’s and FPS games as it is today for example. If you go back a relatively short amount of time such as five years you would see that MMORPG’s were highly dominant in gaming. So what is the reason for these shifts in popularity when it comes to genres?

This may sound fairly philosophical but the gamers are constantly changing and developing. Due to this you most likely won’t like the same things in five years as you do today. This is evident when you look at gaming as most people tend to jump around between different genres depending on where they ar 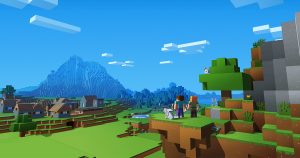 When people are young and have alot of time on their hands they tend to play games that can take up alot of their time to keep from getting too bored. Games like Minecraft which theoretically have no end in sight, or MMORPG’s where you constantly upgrade your character and then try to climb the pvp ladder once you reach endgame are very popular among young people.

However when you reach adulthood and get a job or start a family you no longer have as much time to put into gaming. At this point most people will gravitate towards games that take less time such as FPS games which usually have short rounds or racing games which also tend to have shorter rounds.

When it comes to gaming online it has always been, and most likely always will be a very social experience. You play with or against people that you eventually get to know in most video games. Due to this you may be tempted to switch to a new game, or a whole new genre if enough people ask you to. This means that one player leaving the game could potentially lead to hundreds or thousands of players leaving in rapid succession.