When it comes to finding a game that is good for e-sports there are a few criteria that need to be met first. The game can’t be so complex that viewers that don’t actively follow the game can’t understand what is going on at all times. That is what games such as League of Legends, Dota 2 and Starcraft have in common other than being popular MOBA’s.

Other than MOBA games 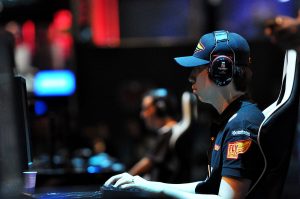 the most popular games in E-sports are First Person Shooters or FPS games as they are commonly referred to. These often are very self explanatory, just kill the enemies and occasionally plant or defuse a bomb as in CSGO or hold a point as in Overwatch. So the key to a game becoming a succesful E-sports franchise is mostly in the simplicity.

Another criteria for a game becoming a succesful E-sports is that it is spectator or camera friendly. Games like CSGO and Overwatch have very intriquate spectator cameras which makes them perfect for spectating. This means that livesteams can get all the necessary angles and casters can get all the visual information needed to properly relay information to the viewers.

This is not a criteria, but all the most popular games in e-sports are team games. Meaning that a team can usually start it’s own franchice to expand into several other games. There are still games out there that play out in a one versus one setting such as Super Smash Bros and other fighting games. These are not as popular as the team based giants that are mentioned above though.