Gaming saw a notable increase in popularity under the early 2000s and now it’s safe to say that gaming is here to stay. Thousands of new games hit the consumer market every single year at the same time as more and more e-sports tournaments are popping up around the globe.

What Does E-sport Mean?

Simply put, e-sport is what professional gaming is called. It might sound like a very relaxing career to just sit around and play videogames when you feel like it and then just relaxing the rest of the time. But the fact is that members of an e-sports org 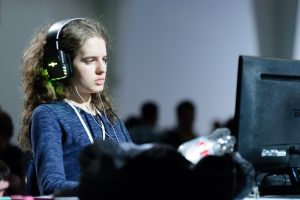 anisation often have to practice several hours a day while staying in good physical shape to further improve performance.

So while they do get to do something that they love, which is playing video games. They often have to sacrifice most of their social lives and other hobbies in order to become the very best. This means that it’s definitely not a career path that suits everyone. But if you are interested in pursuing a career in e-sports there are a few things you can do to increase your chances.

How To Become A Professional Gamer

When you want to become a professional gamer and join an e-sports organisation there are a few different paths you can take to do so. The most important thing however is to make sure that you are very good at your game of choice. Games like Dota, League of Legends and Overwatch all have millions of players and you need to be in the top 0.1% to even stand a chance so make sure to get a whole lot of practice.

When it comes to getting noticed by an organisation you can either try to climb to the top of your respective games ranked ladder, apply for tryouts when organisations are looking for players or start streaming your gameplay on a platform like Twitch to get yourself out there. The best thing is to do use all three of these methods to increase your chances of being able to become a professional gamer.