Online gaming is a very mainstream thing nowadays and most people that spend time on the internet are also involved in online gaming one way or another. Whether you play an MMORPG like World of Warcraft, a MOBA like League of Legends or Dota 2 or an FPS like Battlefield or Overwatch you are part of the online gaming ecosystem.

Why Online Gaming Is So Popular

There is no definite reason as to why online gaming has become as popular as it currently is. Just a few years ago video games were considered something that only 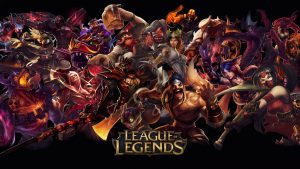 nerds could enjoy but today the vast majority of people do take part in online gaming.

It can lead to a number of positive things such as increase brain function, faster reactiontimes and better problem solving abilities. This means that online gaming is very good for you, thegamer as you can ger healthier at the same time as you can make friends around the world and learn a whole lot about different cultures and more, all from playing video games online.

What Are Some Of The Biggest Online Games At The Moment

Most of the games mentioned above are very popular at the moment. Only a few years ago MMORPG’S such as WoW was the most popular genre and new games that were similar kept showing up. Nowadays it’s far more popular with MOBA games such as League of Legends and FPS games like Overwatch simply because they are really easy to bring to the e-sports scene.

Survival games are also incredibly popular even though they are rare to come across in e-sports. But if you go on Youtube Gaming or Twitch you can ususally find tons of streams and videos from survival games such as H1Z1, Ark and so on. The important thing to remember is that online gaming is an ever changing thing and the games that are popular today could be gone by tomorrow.