Better Eyesight In The Dark 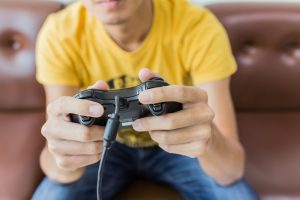 at gaming gives your eyes plenty of exercise which in turn helps you see better in the dark. This is most noticable if you play video games where there isn’t a whole lot of contrast such as Call of Duty which is one of the games included in the study as the game uses a fairly dark color palette. This trains your brain and your eyes to get better at distinguishing things in a low contrast setting which can then be used in real life while driving at dusk or on a foggy day.

If you play a fast paced action game it can lead to you having a quicker reaction time overall. These kinds of games can also lead to you becoming better at focusing in general but also teach you how to focus intently on the task at hand. This can later be applied in real life to focus on a task in school or at work which can help you perform at a higher level than before.

Even though there are plenty of positive effects of gaming, it doesn’t mean that there are no downsides. If you spend all day playing video games every day your health will eventually begin to suffer one way or another. So be sure to take breaks every now and then to get as many of the positive effects as possible while staying away from the negative ones.