While most games that are popular as an e-sport at the moment have a handful of small tournaments under the year and then wrap the competitive season up in a world championship, Dota 2 does things slightly differently. 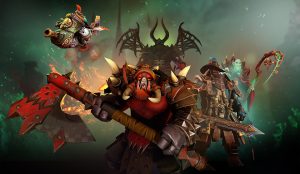 Dota 2 instead opts to host a number of tournaments around the globe, these tournaments have a prize pool can be anything from $25 000 up to several million. Professional teams take part in the Majors in hopes of winning the first prize to secure a whole lot of money for their organization. You would think that due to this being a fairly unique thing it would not be the best one. But the fact is that Dota 2 currently is the highest paying e-sport in the whole world, so they are clearly doing something right.

Majors are what the biggest tournaments for Dota 2 are called. These have a prize pool consisting of millions of dollars and they are played every few months. The most recent Majors were The Boston Major which took place in December of 2016 and saw OG as the winners. There was another Major that took place in April which was The Kiev Major where OG once again took the first place and the biggest cut of the prize pool.

There are a few upcoming events that are going to take place during the summer. First up is The Manila Masters on May 26th, mid June will also be a busy time for Dota 2 fans as the Epicenter tournament and The Summit both take place at roughly the same time on June 9th and June 14th respectively. July will see the DreamLeague tournament on the 21st and in August The International takes place which is one of the biggest tournaments in all of Dota 2. The International is played on August 12th this year so be sure to keep an eye out of that.